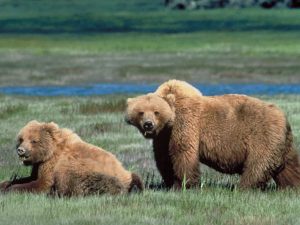 The National Park Service has come a very long ways in its management of grizzly bears. Remember back in the 60’s and the 70’s—those famous dumpster-diving grizzly bears of Glacier and Yellowstone National Parks? The bears were a popular attraction all by itself—never mind the rest of the park.

Happily, as research (and some would say common sense) finally caught up to Park Managers, they realized that the dumpster diving bears had associated people with food. And by so doing, it was leading to more and more negative encounters between people and bears, both on the trail and, more ominously, in camp.

As such, the National Park Service instituted sweeping changes to cut back on grizzly bear/human interaction. The first of which, and by far the most important, was to take away the “food source” that bears had come to take for granted and what was leading the bears to associate food with people. Garbage dumps were cleaned up. New ways of disposing of trash were instituted in the parks, including the invention of “grizzly proof” trash cans.

Additionally, “problem bears,” or those bears that showed no sign of cleaning up their act for whatever reason, were either moved to far away destinations (which didn’t always work, since the bears would frequently come back), or were destroyed (the park terminology for killing bears that are “problem bears”).

The success the National Park Service has had with their policies is abundantly clear today. The number of bear maulings of people has dropped considerably. And the maulings that happen are almost always due to hikers just being unlucky, such as stumbling upon a female grizzly bear that has cubs; or the hiker being stupid, such as getting closer to a bear for a better photo.

Yet, the fixing up of National Park Service procedures was only one brick in the wall for preventing human/bear encounters. Other bricks required changes in how people camped in bear country; changes that people don’t always follow (usually to their detriment, I may add).

So, let’s go over some thins that campers should always do when camping in Grizzly Bear country, whether that be in a designated National Park like Glacier or in remote wilderness such as the Bob Marshall Wilderness. 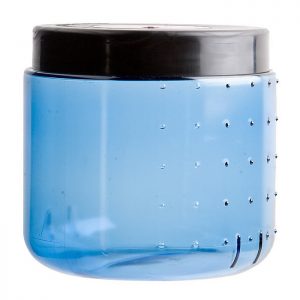 If you don’t get this right, nothing else matters. So I’ll make this simple. Store all food either in a bearproof container or in a special zippered container that is airtight (thus preventing odors) that is then suspended well off the ground. And, make sure this food, whether it is in a container or suspended off the ground, is located AT LEAST 200 feet away from your camp.

If you are car camping, you don’t have to use this extreme measure of suspending food, happily. Instead, when car camping in bear country, store ALL food when not being used in your vehicles trunk or interior, making sure that the windows to the vehicle are fully rolled up (thereby preventing the smell of food from traveling too far).

If you’re camping in the backcountry, then a bear vault canister for backpacking is essential. And indeed, many National Parks, such as Yosemite, now require backpackers to carry a bear vault.

And above all, never leave any food unattended.

Common sense stuff here. But never eat food in a tent. Even if you don’t leave any food crumbs lying around when you’re done, the smell still lingers and almost certainly very small, almost tiny crumbs remain. The inevitable result is that the smell will attract animals with keen smell senses, such as grizzly bears.

Cooking Area Not By Camp

Another common sense thing here. Try to make sure the area where you cook the food is well away from where you will be camping. For backcountry camping, this is essential.

For car campers, once done cooking the food, make sure you wash all dishes and put all cooking gear (pots, pans, dishes, cups, stoves) back inside a locked vehicle that has all windows closed.

How Strong are Grizzly Bears?

A short video from National Geographic answers that question.