The Little Blackfoot River is a delightful river that anglers visiting Montana generally just drive right by on their way to the bigger and better-known waters nearby. Which is probably a good thing, since this river is aptly named—it is little compared to its bigger cousin to the west, the Blackfoot River.

Overview of the Little Blackfoot River

The Little Blackfoot River begins its life in the Boulder Mountains south of the town of Elliston, Montana, and travels for 40 miles to its confluence with the Clark Fork in the town of Garrison.

The river starts out more as a creek than a river, tumbling down through wooded terrain with much downfall in the river. Access to this section of river (between its origin and the town of Elliston) is excellent, as it primarily flows through public lands and is closely followed by a Forest Service Road.

Just outside of Elliston, the Little Blackfoot River enters a narrow and scenic valley where it remains for the remainder of its length down to the Clark Fork. It flows exclusively through private property, limiting access to the handful of county and highway road crossings and one fishing access site.

Its banks are fairly heavily forested near Elliston with the forest thinning out a bit as the river loses elevation on its way to the Clark Fork. Extensive brush is found all along the river, too.

The fly fishing on the Little Blackfoot River is excellent. Brown trout are found in good numbers and large sizes below Elliston. Brook and cutthroat trout are found above Elliston. Whitefish can be found throughout the entire river. 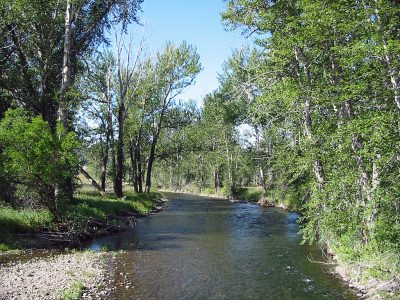 Little Blackfoot River in Montana is narrow and shallow.

The rivers size and somewhat isolated location keeps fly fishing pressure on the river relatively low. The river, while floatable in the lower sections in the right conditions and the right boat, is not a float-fishing river, thus keeping recreational floaters and most fishermen away. The Little Blackfoot River is generally too narrow to allow productive float fishing—large rafts would clog up almost the entire width of the river in some places.

Since float fishing the river is out, wade fishing is the best way to fish. Once spring run-off ends, the river is easy to wade since it is generally shallow, narrow and has only a moderate current. The river also twists and turns extensively, except where local ranchers have attempted to “straighten” the river for irrigation or flood control purposes.

The Little Blackfoot River, besides receiving flows from a number of small tributary streams, also has a number of year round springs. These springs do two things. First, in the summer, the cool water from these springs keep the temperatures productive for fly fishing on the hottest days in summer. Secondly, these pools also warm up the rivers temperature during the winter, allowing for productive fly fishing during the winter months.

Beginning in April and lasting until spring-run off, dry fly fishing on the Little Blackfoot River can be productive as the first caddis hatches of the season occur. Effective flies include the X-Caddis, the Tan Elk Hair Caddis and Dark Elk Hair Caddis all work well, in sizes 14-18.

Spring run-off typically blows out the Little Blackfoot River, as it drains a sizeable area. If snowpack is high, the river can get swollen in a hurry and flood. Depending on the vagaries of the weather and the amount of snowpack, run-off can begin anytime in April, but usually hits full force in late April and runs until late-May. Fly fishing is blown out at this time, as the river turns into a mass of moving chocolate mud.

Once spring run-off ends and lasting through July, the Little Blackfoot has excellent mayfly and caddisfly hatches, offering excellent dry fly fishing. Effective dry flies for this hatch include the Pale Morning Dun, Light Cahill, Elk Hair Caddis, the X-Caddis and the Parachute Adams, in sizes 12-16.

Beginning in late July and lasting until the first heavy frosts sometime in late September, grasshoppers, not surprisingly, are an excellent fly choice. Grasshoppers are found extensively along the river and the trout rise readily to hopper imitations.

Fall offers the angler the best chance to catch the large brown trout of the Little Blackfoot River. During most of the year, the largest brown trout are holed up among the brush and downed timber, making it extremely difficult to reach them.

During the fall spawn, these fish move from their hiding places. Large streamers, worked along undercut banks, downed timber and other cover offer the best places to catch these large trout. Light tippets and a careful presentation are a must as these large browns are skittish and the small size and relatively sedate nature of the river in the fall makes disturbances in the river quite noticeable.

The Inflatable Kayak Guide
Inflatable kayaks work well for fishing and floating in Montana and are also ideal for rivers that require paddling due to slow current. Learn more about the different types of inflatable kayaks.

As mentioned earlier, the Little Blackfoot River is not a float fishing river. However, for those who want to float the river for fun, the best time for floating occurs soon after spring-off subsides but before the low water periods of late summer begin—generally a period between late May and late July. It is also possible to float the river in the fall due to less irrigation use and autumn rains.

Above Avon, floating the river is an iffy proposition due to obstructions in the river, such as downed timber and fences. Below Avon, the river widens just a bit, doesn’t have as many obstructions, and obtains more depth—allowing for potential floating. Canoes, inflatable canoes, small inflatable rafts and inflatable kayaks are the best vessels to use for river floats. These boats draw little water and are more easily maneuvered around downfalls and the rivers twists and turns.

It should be noted that there is limited access to the lower portion of the river. In its upper stretch, as it is in public lands, access isn’t a problem. However, below Elliston, there is only one fishing access site, the Little Blackfoot River FAS. It’s located about twelve from upstream from Garrison.

Photographs of the Little Blackfoot River 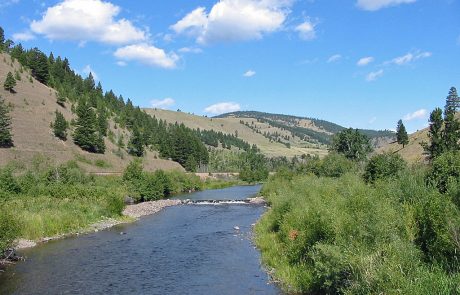 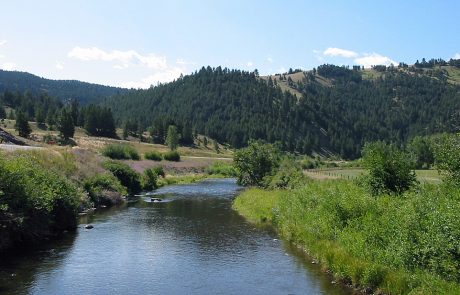 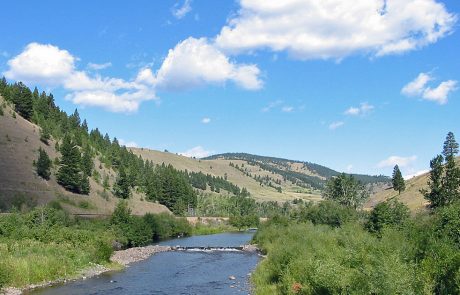 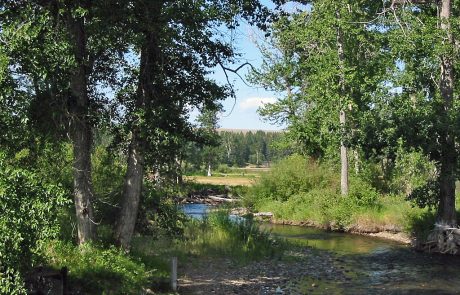 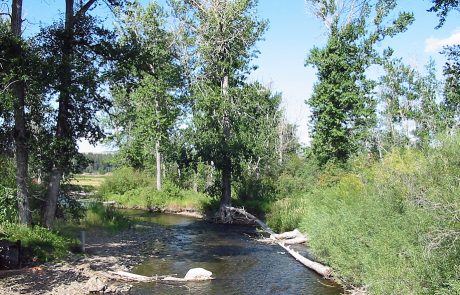 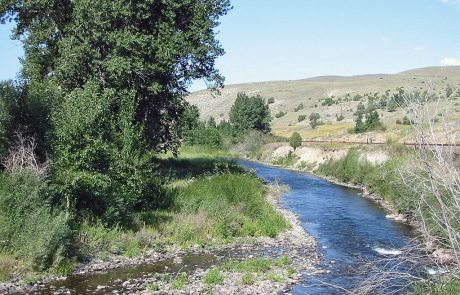 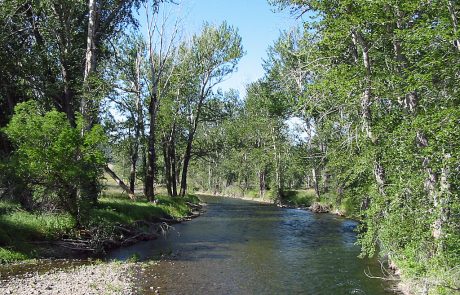 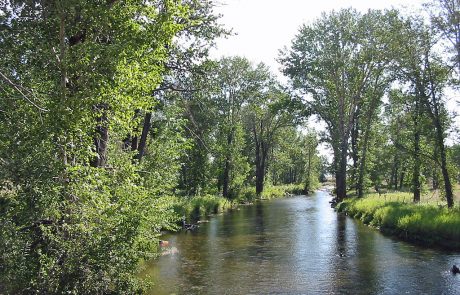