For most of this section, the Madison River flows in Wyoming through Yellowstone National Park. One would think that’s the rivers origin in the high plateau region of Yellowstone Park, which is notoriously cold, would keep the water temperature rather chilly.

However, as the Madison River runs through the most thermally active region in the United States, the water temperature on section of the river is unusually warm for a high mountain river. Temperatures often exceed seventy degrees during the summer. Consequently, despite lying in a high, mountain environment, which frequently leads to low nutrient content, the Madison has an exceptionally high nutrient level in places, creating great fishing for those willing to take the time and effort to access the river.

Fishing on this stretch is generally seasonal in nature. The best fishing is during the spring and again in the fall. During the summer, due to the thermal springs, the river temperature often gets to warm to spur trout feeding activity.

Yellowstone National Park opens for fishing in late May. The best early fishing on the river tends to occur, depending on water levels, in mid-June with the arrival of excellent caddis hatches and Salmon Fly hatches.

When the caddis hatches occur in June, they usually occur all along this stretch of river. Imitations such as the Elk Hair Caddis and Hemingway Caddis, in sizes 14-16, are popular and effective imitations.

The middle of June also sees the Salmon Fly hatch, which brings hordes of anglers to the park. Generally, the Salmon Fly hatch is found in the upper stretches of this section, although it can extend further downstream. If an angler seeks solitude, fishing during this hatch is not a time to find it. To avoid the crowds, an angler should walk up or downstream at least a mile from the popular access points. The forested and sometimes swampy nature along the river discourages many river walkers, allowing an angler to reach waters with substantially less fishing pressure. 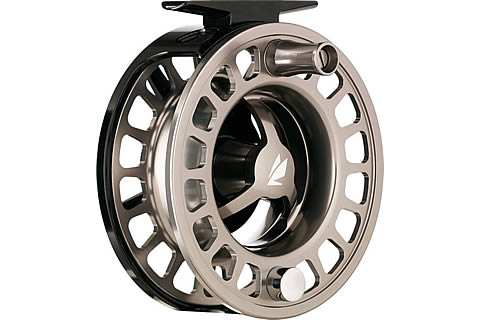 During the Salmon Fly hatch, use large nymphs, sized 2-6, bouncing them along the banks right on the bottom of the river. Popular imitations used during this hatch include the Kaufmann Stone, the Golden Stone and Bitch Creek Nymph.

As June draws to a close, the waters quickly warm, slowing fishing down dramatically. For the rest of the summer, hatches do occur, allowing for some sporadic fishing using standard dry flies like the Parachute Adams and the Elk Hair Caddis. However, fishing the Madison River on this stretch during July and August can be a hit or miss proposition, although significant numbers of whitefish can be caught.

During the fall, this stretch of the Madison River comes alive again, this time with large brown trout that migrate up from Hebgen Lake in Montana. One popular method for catching these large brown trout is to use large streamers, sizes 2-6, working them in the deeper water. A second method involves using wet flies, floating them just below the surface. Popular flies include the Hare’s Ear Nymph and the Pheasant Tail Nymph in smaller sizes. Top water fishing can also be effective using imitations such as the Parachute Adams, although the larger fish will generally be caught sub-surface.

Fishing pressure on this section of the river varies from light to heavy, depending on the season. Expect to share the river with numerous other anglers during the June hatches and again during the fall migration. For anglers seeking solitude along the Madison River on this stretch, late summer provides the best opportunities for anglers to have the river to themselves – although the traffic on the nearby road can be intense.

It should be noted that most of the Madison River in Yellowstone National Park flows through a heavily burned area. The fires of 1988 ripped through this section of the park, destroying most of the canopy (much of which was dead or dying anyway due to beetle infestations). As a result, don’t expect to find the pristine scenery that is located elsewhere in Yellowstone National Park.

Unlike many of the areas of Yellowstone Park, the Madison River is a quick and easy hop to reach West Yellowstone.